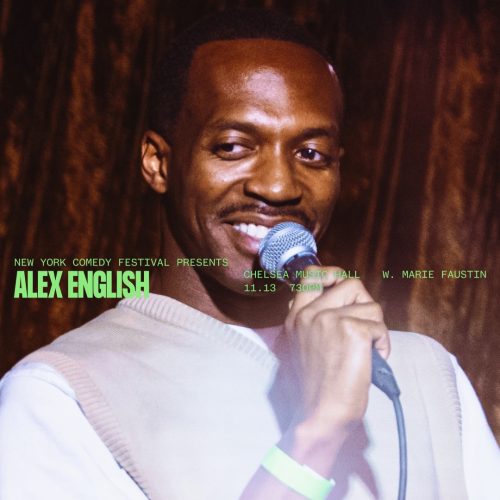 Without a doubt, there is a reason that Complex Magazine named Detroit-bred, NY-based Stand Up Comedian, Writer and Actor Alex English one of “15 Personalities that need to be on television.” English currently writes for Saturday Night Live. Prior to joining SNL, he was a writer and performer on the National Lampoon Radio Hour podcast. His other writing credits include the critically-acclaimed The Rundown with Robin Thede on B.E.T and consulting on Netflix’s The Fix with Jimmy Carr. English has also made a number of Television appearances including: HBOMax’s That Damn Michael Che, HBO’s Pause with Sam Jay and High Maintenance. As a stand-up, English was recently seen on the Ilana Glazer produced Tight Five for Comedy Central Digital and he has opened for such comedians as Roy Wood, Jr., Michelle Wolf, James Adomian, Sasheer Zamata, and Sam Morril.