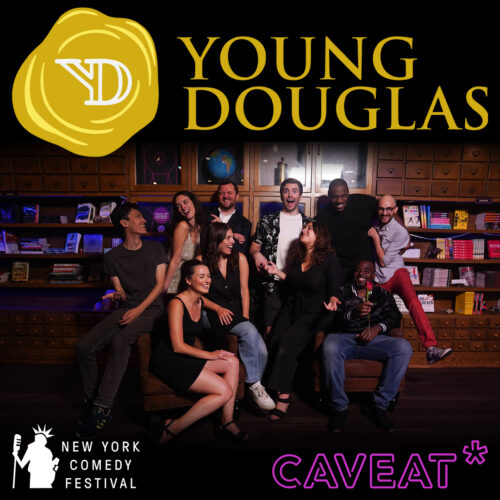 Young Douglas is a New York based sketch comedy team. YD was formed in late 2019 as a sketch team on Maude Night at the Upright Citizens Brigade Theatre, performing monthly, live sketch comedy shows. When the pandemic hit, YD got scrappy and started producing virtual sketch comedy shows – some of which was featured in The Toronto Sketch Comedy Festival. Starting in June 2021, YD was able to perform live again at the beloved venue Caveat, on the Lower East Side. YD produced and hosted “ACORNS,” a sketch comedy showcase in partnership with Squirrel Comedy Theater from June through October 2021. YD is an unstoppable force and they have a brand new hour at Caveat every-other month.