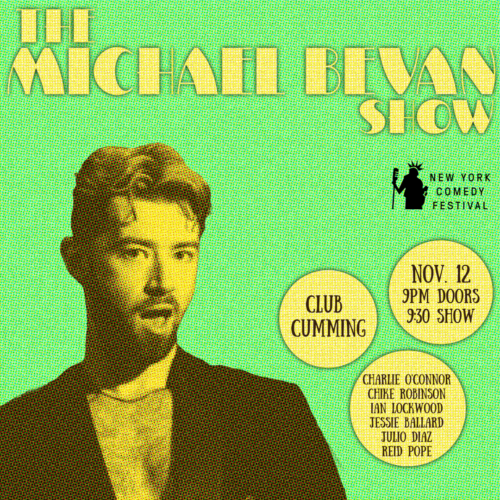 The Michael Bevan Show is Manhattan’s finest variety hour folded inside of a comedy show. Featuring up-and-coming stand-up comics sandwiched between jaw-dropping variety acts, there’s a reason this show sells out. Don’t miss the event that everyone will be talking about!