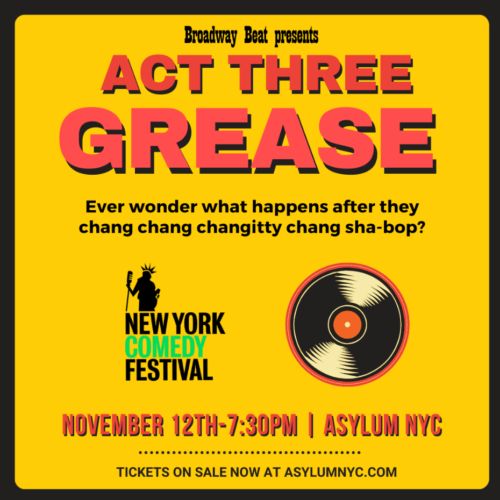 Ever wonder what happens after the end of your favorite musical? Theatre satire site The Broadway Beat knows, and they’re gonna tell you! Each month, The Broadway Beat’s rotating cast will write and perform the “third act” from some of your favorite shows – as voted on by their readers. This special New York Comedy Festival edition will feature a performance of the third act of… Grease!