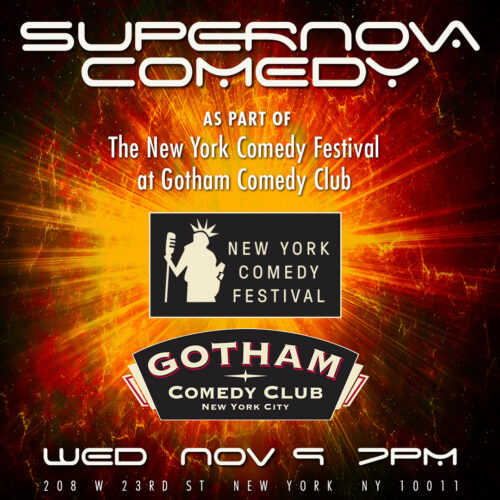 Supernova crawled out of the bog of the pandemic to become the biggest comedy show in Hollywood and quite frankly the World! Yes, it was the only show at that point… but it has still maintained its reputation through booking world-renowned acts on a regular basis such as Bill Burr, Jim Jefferies, Sarah Silverman, Tiffany Haddish, Craig Robinson, Jeff Ross, Adam Carolla, Nikki Glaser and So Many More! Supernova was created by Mark Serritella who produced Comedy Juice for years including the mainstay show at Gotham Comedy Club. Mark plans on bringing Supernova to NYC with his trusty sidekick and producing partner Carlisle Forrester!

Lineup TBA but we think you’re ‘going to like the way we look, we guarantee it.’
-That Suit Guy with the Beard