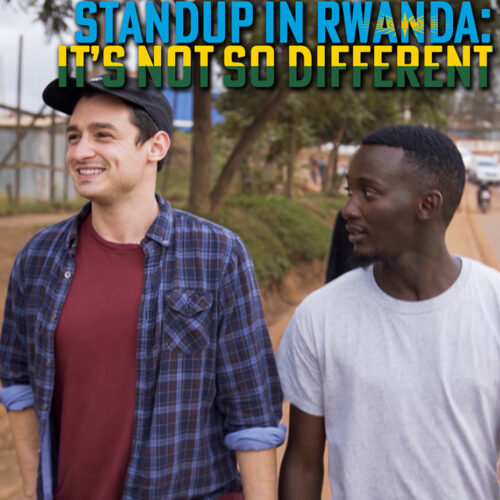 Standup Comedy In Rwanda: It’s Not So Different with Giulio Gallarotti

After stumbling upon an article about the standup comedy scene in Rwanda, Giulio messaged the comedians on Facebook to see if they’d put him on their shows if he visited. They invited him to perform at the first annual Kigali International Comedy Festival where he would be the first American to perform standup in Rwanda. He had no idea what to expect, but it ended up being a familiar experience. Within hours of arriving, they were all hanging out, ordering burritos on Seamless to the AirBnb, swiping on Tinder, and playing FIFA on Playstation4. They even created and filmed a sketch together. Giulio brought his friends James Manzello and Zak Ray to help him film and document the trip. Join Giulio, Babu Joe, and Mikael Sengazi for the screening + discussion of this light hearted short about an unlikely meeting across the world (with a live standup comedy performance).