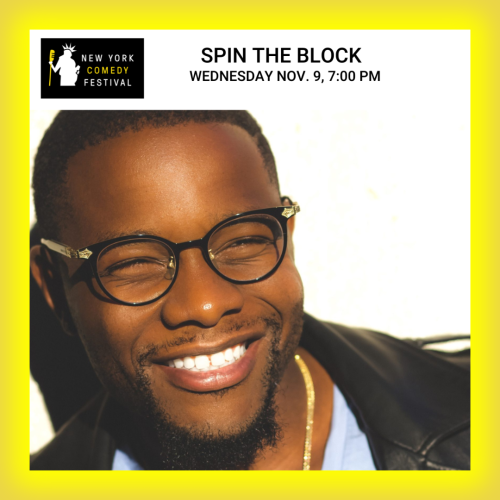 Here’s some more info about Spin the Block’s host and producer:

Fenelon Guillaume is a comedian, based out of NYC who goes by the stage name FunSizeFen, what he lacks in size he makes up for with extreme laughter. With over 10 years of comedic experience, he performs at some of the most iconic clubs in NYC such as Gotham Comedy Club, Comic Strip Live, The Stand as well as Carolines on Broadway, just to name a few. He has been featured on Gotham Comedy Live on AXSTV and Laffaholics on Bric TV. FunSizeFen captivates crowds with his storytelling about his unique Haitian culture, fatherhood, relationships, and day-to-day life of a grown man trapped in a fun-size body and the disrespect that comes along with that. FunSizeFen has opened up for the likes of Tony Roberts, Tk Kirkland, Russell Peters, and New York’s King of Comedy Talent da Comedian.