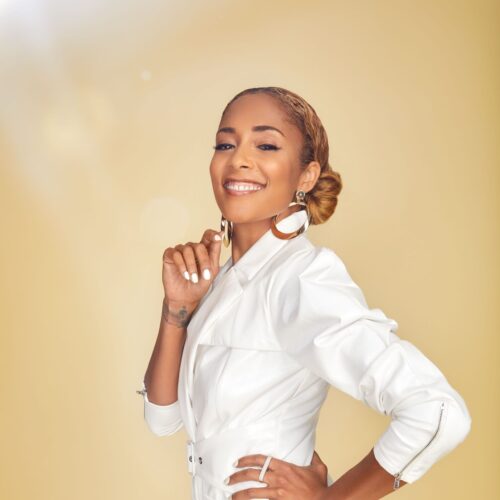 Smart Funny & Black, created by comedian/actress/producer Amanda Seales (HBO Insecure), brings your favorite funny folks to the “Hall of Flava,” to compete, in a head to head battle of wits that tests their knowledge of black history, black culture, and the black experience. After a night of fun-as-hell games, flanked by a live band, and a turnt up audience, each show ends with one guest literally taking the “L,” and the other taking the crown, being inducted into the “Illustrious League of Master Blacksperts.”

With an uncanny knack for taking serious topics (racism, rape culture, sexism, police brutality, etc.) and with humor, making them relatable and interesting, she combines intellectual wit, silliness, and a pop culture obsession to create her unique style of smart funny content for the stage and screens.

Amanda Seales is a comedian and creative visionary with a Master’s in African American studies from Columbia University.  Seamlessly blending humor and intellect her unique style of smart funny content spans various genres across the entertainment and multi-media landscape.  She is best known for her iconic role as, “Tiffany DuBois” of HBO’s Insecure, her debut stand up comedy special, “I Be Knowin,” as a former co-host on daytime talk show, “The Real”, host of NBCs “Bring the Funny,” and the host/writer of the groundbreaking 2020 BET Awards. She speaks truth to change via her wildly popular Instagram @AmandaSeales, weekly podcast, “Small Doses”, and book by the same name.  Centering community building in her comedy, she is also the creator/host of the sold out touring, and now virtual, variety game show, “Smart Funny & Black,” founder of its namesake, Smart Funny & Black Productions, and recently launched the membership community app, “SFB Society” which provides a safe space for Black folks and allies to cultivate meaningful interactions in a social media atmosphere.

A Jedi Khaleesi with a patronus that’s a Black Panther with wings, Amanda Seales continues to keep audiences laughing, thinking, and living in their truth!