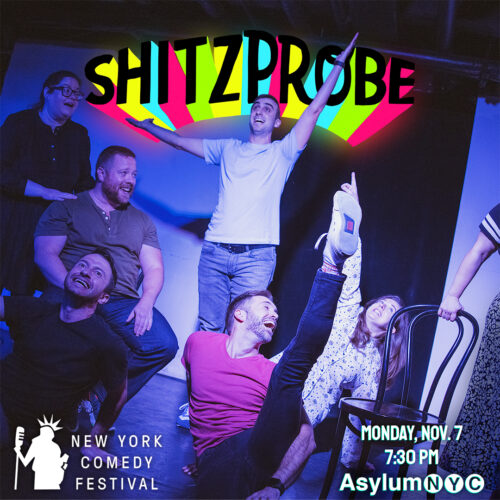 Shitzprobe! Where a special Broadway Guest Star improvises a musical for their very first time, based on an audience suggestion of a title of a musical that has never been done before!

Past guests have included Broadway stars from Wicked, Aladdin, Come From Away, Chicago, Company, Waitress, Kinky Boots, and more. The rest of the cast is chock full of the best musical improvisers in New York City, who have been seen on Comedy Central, Adult Swim, Funny Or Die, and on Broadway in shows such as School Or Rock, Groundhog Day, The Prom, and Elf. All of the music and lyrics are completely improvised with a live band right before your eyes, so the show you see will never be seen again!