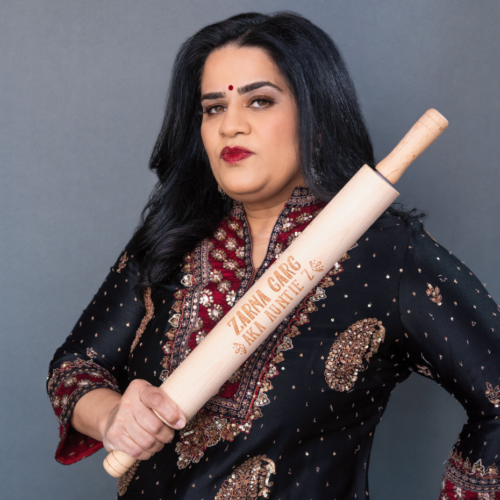 Zarna Garg is a Tiktok comedy sensation with over 50 million views. She has a headlining show at Carolines on Broadway called “Saree, Not Sorry” and is also an award-winning screenwriter with a feature film and sitcom TV show in development. She recently won one of the defining competitions for women comedians, the Ladies of Laughter 2021 Newcomer Award, and was also named one of New York City’s Top 100 Inspiring Small Businesses during the pandemic by the Thank You Small Business initiative. She also appeared on Kevin Hart’s newly launched comedy series on Peacock, called Lyft Comics.