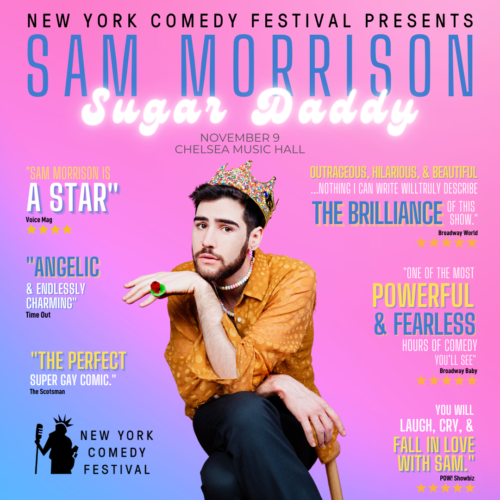 NYC comedian Sam Morrison (The Drew Barrymore Show) grapples with the death of his partner. He makes grief hilarious through tales of love, diabetes, and seagull attacks. Sugar Daddy is fresh off its hit run at the 2022 Edinburgh Fringe where it was featured in The Times, BBC Scotland, and received 5-star reviews from Broadway Baby, Broadway World, and POW! Showbiz.