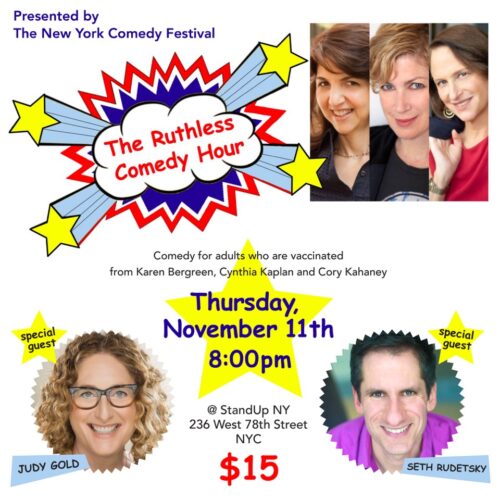 The Ruthless Comedy Hour is a comedy variety show for grownups with half an effing brain. In its 6th smash year, it features top stand-up comedians, musicians and celebrity interviews, and addresses social, political and local concerns. Bergreen is a veteran stand-up comedian and author of two acclaimed novels. Kaplan tours extensively with her comedy rock band, The Cynthia Kaplan Ordeal, and is the author of two just as acclaimed collections of humorous essays. Kahaney was a grand finalist on NBC’s Last Comic Standing, has been on all the late night shows and has had specials on Comedy Central and HBO.