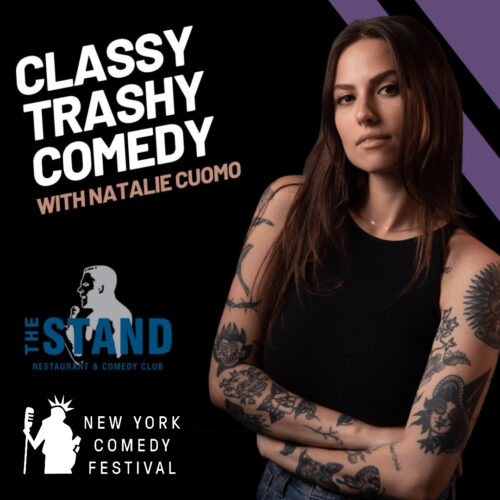 Natalie Cuomo is a stand up comedian born and raised in Queens, NY. She has been featured in Time Out NY, NY Magazine, Metal Injection, and Inked Magazine for her work as a comedian. Natalie hosts a weekly show at The Stand in New York City called Classy Trashy Comedy. She is also the host of the podcast Help! with Natalie Cuomo. Natalie has performed at New York Comedy Festival, Skankfest South, Idaho Comedy Festival and Laugh Riot Grrrl Festival in Los Angeles. Natalie was also featured as the cover girl of Stag magazine.