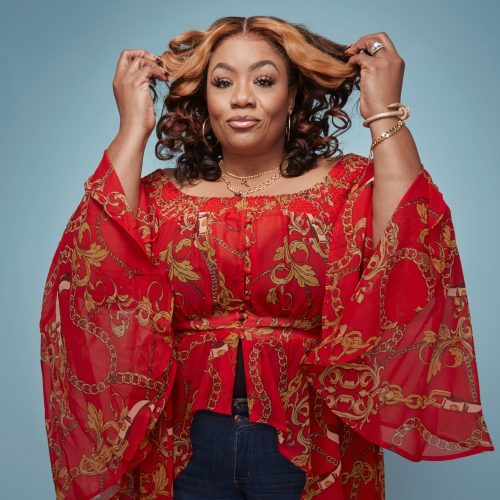 Declared by The Washington Post as “unforgiving and darkly hilarious,” Patricia Williams (aka Ms. Pat) is a comedian, author, radio host, podcaster, and actress whose Emmy-nominated multi-cam series The Ms. Pat Show will premiere its second season on August 11, 2022. The series, produced by Lee Daniels and Brian Grazer and already picked up for a third season, is streaming on BET+ and Paramount+ with an edited version airing on BET linear. Season 1 of the show garnered a 2022 Emmy nomination in the “Outstanding Direction For A Comedy Series” category. The Ms. Pat Show, based on Pat’s real life story of an inner-city drug dealer turned suburban mom, shattered records for viewing and audience engagement on the BET+ platform. Decider raved “The Ms. Pat Show is bound to be one of the year’s notable new comedies” and Essence Magazine gushed “Ms. Pat is headed for the comedy stratosphere.” BET/Paramount Global also just signed Pat to a multi-genre overall deal under which she will produce, write and perform in new series and other projects—both scripted and unscripted— across all platforms. Via her namesake production banner, Williams aims to create content both on-screen and behind the camera that inspires conversation through humor and raw honesty. Pat’s hour standup special, Y’All Wanna Hear Something Crazy?, is also currently streaming on Netflix. The New York Times described the hour as “superb material” while Indiewire offered “There are a lot of comedy specials on Netflix these days, but Ms. Pat breaks through the noise.” In addition to her standup and TV projects, Pat currently serves as co-host of the long-running beloved morning radio show The Morning Culture with Big Tigger on V103.5 in Atlanta, GA. She also hosts her own popular podcast The Patdown.