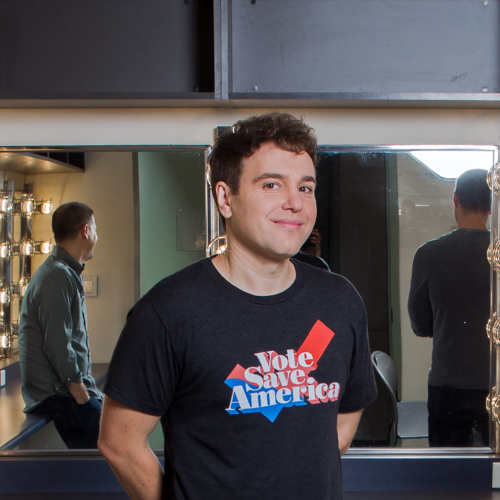 Lovett or Leave It with Jon Lovett

Jon Lovett is a podcast host, TV writer, former presidential speechwriter, and straight shooter widely respected on both sides. In 2017 he founded Crooked Media with Jon Favreau and Tommy Vietor, to build a progressive media network with political analysis, documentary series, and all kinds of sweet, sweet content that informs, entertains, and inspires action. There he co-hosts “Pod Save America” and hosts “Lovett or Leave It,” two of the most popular political podcasts in the country. He also helped launch “Vote Save America” to help people find ways to volunteer in their communities, donate to candidates and causes, and register to vote. Before Crooked, he served as a presidential speechwriter in the Obama White House, co-created a comedy on NBC called “1600 Penn” (which was cancelled after one perfect season), wrote speeches for Hillary Clinton, and named his dog Pundit.