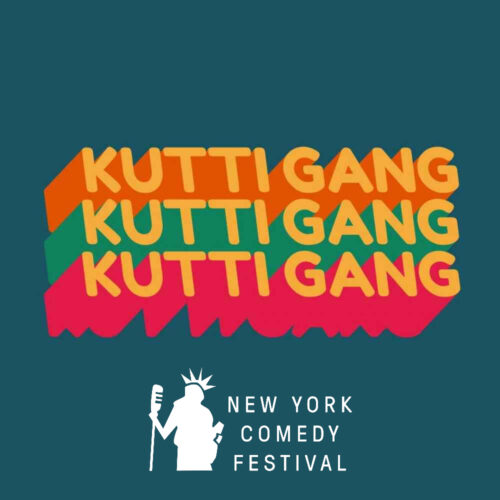 Kutti Gang is the New York Times and Time Out New York recommended live comedy show hosted by Zubi Ahmed and Pooja Reddy. What started at The Tank Theatre in Manhattan in November 2018 has since expanded to sold-out stages across New York, Chicago, and LA. The comedy duo’s first special, Kutti Gang at The Tank, aired on PBS in August 2020.

Zubi Ahmed is a Bengali-American Muslim writer & comedian from Brooklyn. She’s been featured on Vulture’s Up And Coming Comedians, Bustle, and Refinery 29. You can find her performing standup and searching for iced coffee in the middle of any given day in NYC.

Pooja Reddy is a rural Kentucky-raised first-generation American with roots in Hyderabad, India. A recovering government employee from the Obama Administration, Pooja is now a comedy writer and stand-up comedian based in NYC. She’s been featured on Vulture’s Comics to Follow and can be seen hosting for Disney ABC’s Localish Network. Pooja incorporates her experiences growing up in the South, her passion for the United Nation’s Sustainable Development Goals, and the best of her Scorpio traits to her writing.