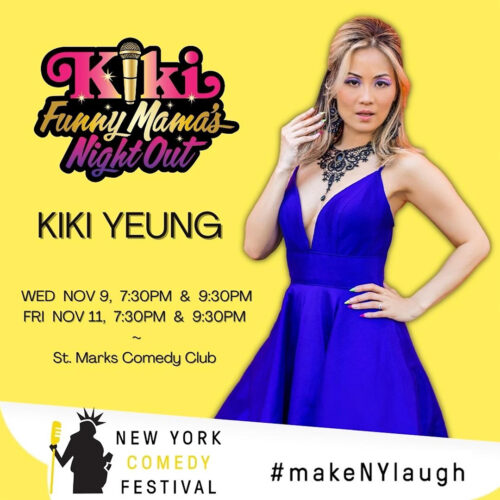 “Spend the evening laughing until your stomach hurts!” – LA Times

“Best and Brightest in the Spotlight! – PIX 11 NY

Kiki Funny Mama’s Night Out is on a mission to highlight “rising stars” Asian American female comedians to a broad audience all over the world. A wild night of comedy where Crazy Woke Asians founder Kiki Yeung headlines, with an all star lineup of Asian American comedians and special guests to round out the evening. Played to sold out audiences in San Francisco and Seattle. The show has been featured in The Seattle Times, San Francisco Standard, and Broadway World. Comedians as seen on Whohaha, Laugh Factory, The World Famous Comedy Store, Peacock, Comedy Central and more!