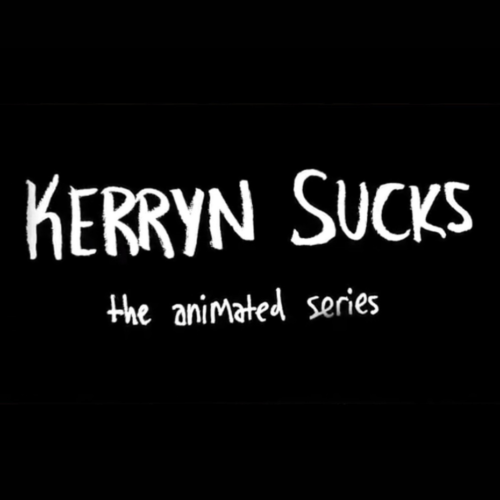 Comedian Kerryn Feehan was banned from most comedy clubs because she was an out of control alcoholic. Down on her luck she sought to redeem herself and make some changes. She quit drinking, got her shit together and today, you can catch her performing there almost every night in venues all of NYC. She’s going to kick off the evening with 30 minutes of excellent stand up comedy. After that we get to watch a cartoon! During the pandemic Kerryn started working with animator Lewis Tuck on a series called “Kerryn Sucks”. Since she wasn’t a wasted loser anymore, she made some very talented friends who agreed to voice parts in this cartoon, and she’s gotta say it turned out pretty badass.