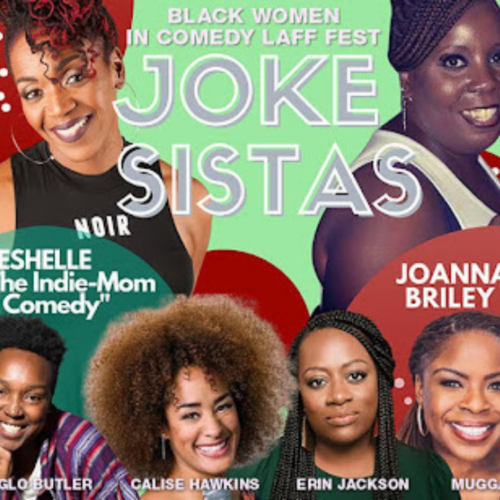 Founded by successful show producer and comedian Joanna Briley, the Black Women in Comedy Laff Fest is laser-focused on bringing awareness to the lack of diversity in the comedy industry. It recognizes the need to amplify the hidden yet ever-present comedic voices of Black Women in the comedy community. By creating a platform for so many diverse, powerful, yet often overlooked voices, Ms. Briley, has been building relationships within the entertainment industry. “When I first began my journey in comedy, I was too shy and afraid to seek out a mentor. In this business you fare better with an industry veteran, male or female, to help guide you and shape your journey. As comedians of color, the emotional and mental aspects of navigating an industry that isn’t as inclusive as it may seem, can take a toll on your spirit.” Ms. Briley continues, “The goal of the festival is to create a safe space to share and unload the negative experiences most of us have faced and leave the festival with a renewed passion for success.” The entire structure of the Black Women in Comedy brand was fostered by rage! Black women have been all too often left out of the comedy conversation when it comes to writer’s room positions or late-night TV appearances, yet black women have always been inextricably woven into the fabric of America. Black Women in Comedy continues to honor the incomparably hilarious Black women that keep live (and virtual) comedy audiences laughing. The Black Women in Comedy Laff Fest 2021 was sponsored by Stand Up! Girls™ and Lois Thompson. Stand Up! Girls is a NYC nonprofit that teaches young black girls from underserved communities to write and perform stand-up comedy. There was a special showcase during the Laff Fest that featured 10 Stand Up! Girls students. Lois Thompson, a comedian, Real Estate Broker, and Certified Negotiation Specialist at Compass.com, hosts and produces the all-female Blacklight Comedy Show at the Brooklyn Moon Cafe in Brooklyn, NY.