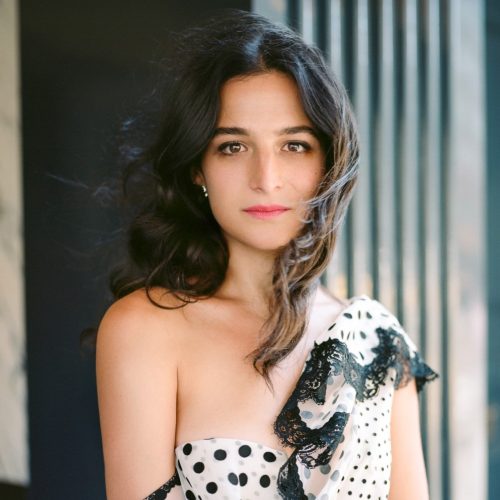 Jenny Slate is a critically-acclaimed actress, comedian, and NEW YORK TIMES bestselling author known for her starring role in OBVIOUS CHILD and as the co-creator and voice of MARCEL THE SHELL WITH SHOES ON, the widely popular online short film from 2010. Slate will next be seen in A24’s feature-length film adaptation of MARCEL THE SHELL WITH SHOES ON, which premiered at the Telluride Film Festival in 2021. A few of Slate’s major starring film credits include A24 and AppleTV’s ON THE ROCKS, Amazon’s comedy LANDLINE, FOX Searchlight’s GIFTED, and Netflix’s POLKA KING. Well known for her voice work, some of Slate’s major voice credits include Disney’s “Muppet Babies,” FOX’s “Bob’s Burgers,” Fox’s “The Great North,” Netflix’s “Big Mouth,” and Disney’s “Star vs. the Forces of Evil.” In film, Slate’s major voice credits include Illumination Entertainment’s THE SECRET LIFE OF PETS and THE SECRET LIFE OF PETS 2 as Gidget and Disney’s ZOOTOPIA as Assistant Mayor Bellwether. On television, Slate has guest starred on many shows including NBC’s “Parks and Recreation” as Mona Lisa-Saperstein, ViacomCBS’s “Kroll Show” as Liz B., and HBO’s “Girls” as Tally Schifrin as well as being a starring cast member on NBC’s “Saturday Night Live.” Slate’s comedy special JENNY SLATE: STAGE FRIGHT is on Netflix and was nominated for a Critics’ Choice Award. Slate’s latest book, LITTLE WEIRDS, was an instant NEW YORK TIMES best seller. Most recently, Slate was seen starring in Amazon Prime’s I WANT YOU BACK opposite Charlie Day which was released on February 11th, 2022, and in A24’s EVERYTHING EVERYWHERE ALL AT ONCE, which was released on March 25, 2022.