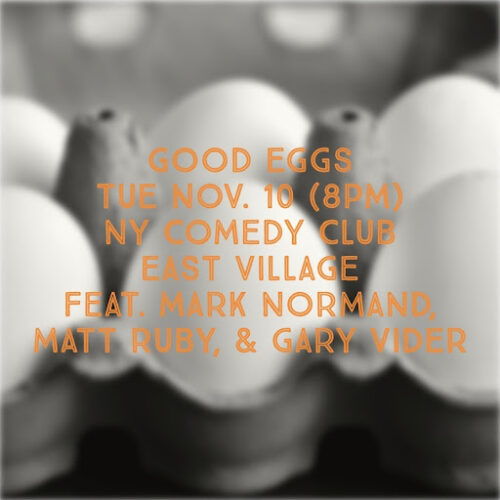 It’s time for GOOD EGGS! Time Out NY called it “one of the best weekly shows in the city” and Thrillist said it’s “one of the best underground comedy shows in NYC.” Produced by some of the top comics in town (Gary Vider, Mark Normand, and Matt Ruby) it’s one of the longest-running independently produced comedy shows in NYC. And you never know who might drop in – previous surprise guests include Jim Gaffigan, Hannibal Buress, Sarah Silverman, Aziz Ansari, and Anthony Jeselnik.