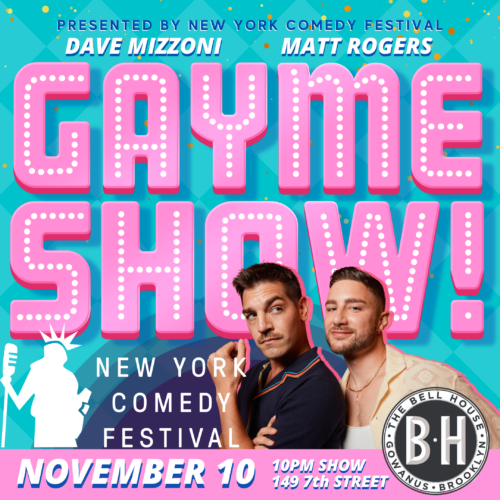 Two straight comedians compete head to head in a series of live challenges to uncover which of them will be named Honorarily Gay As Fuck! Join gay-ass hosts Dave Mizzoni (@davemizzoni) and Matt Rogers (@mattrogerstho) as they bring their beloved queer-ally competition back to the Bell House stage. Contestants and lifelines will feature talent from the New York Comedy Festival.