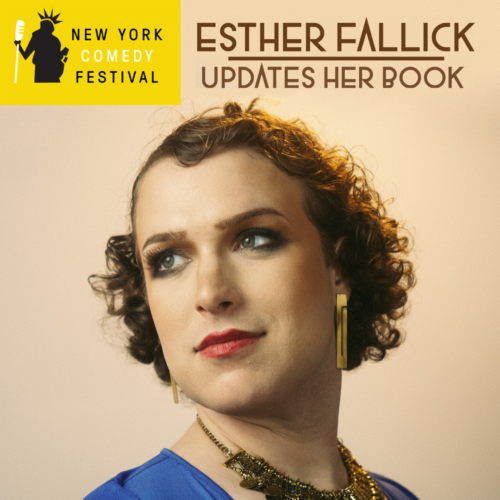 Beanie and Lea may have won this round, but if Esther Fallick was born cis? Honey, she’d be opening in FUNNY GIRL, like, yesterday. But she’s trans, so she’s instead spent her whole musical theater career preparing to be Josh Gad-lite. Now, she knows who she is (she’s Miss Piggy), but her relief in discovering she is a woman (and thus spared that Gad-ian fate) was short-lived when she realized it meant she had nothing to sing anymore. Join her as she throws out her whole musical theater repertoire to find one that fits her new gender presentation. ESTHER FALLICK UPDATES HER BOOK skewers the state of gender politics on Broadway with a delicious mix of stand-up, musical comedy, and glamour.