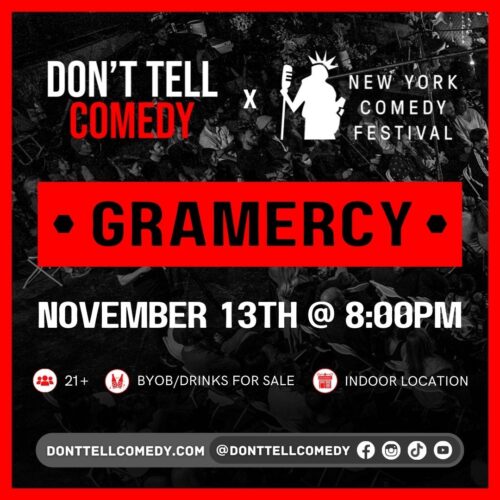 Don’t Tell Comedy is an independent comedy brand that produces secret underground comedy shows in over 70 cities across the United States and Canada. Every show is held at a secret unique location which is revealed to 8 hours before the show to everyone who has tickets. While Don’t Tell Comedy focuses on featuring the best of the next generation of comedians, DTC has had special drop ins like Ali Wong, Michael Che, Iliza Shlesinger, Nikki Glaser, and Tom Segura.