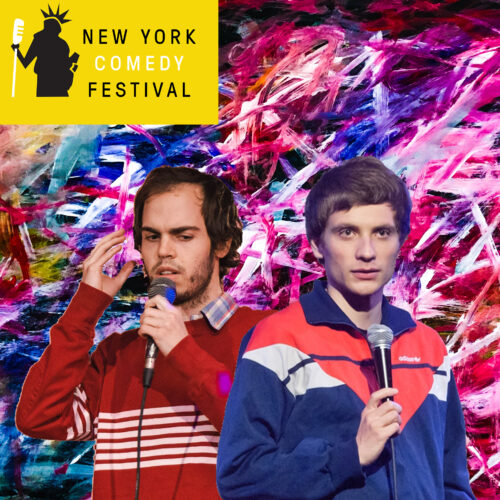 A silly night of comedy where Daniel Simonsen & Jake Schick share an hour and a half of stage time sharing their sharp jokes, absurd stories, and hilarious characters. These New York City comedians will take turns performing their own material for an evening of chaotic laughter.

DANIEL SIMONSEN is a Norwegian comedian who received Edinburgh Fringe Festival Best Newcomer. Come watch the Norwegian perform as he works both scripted and completely unscripted. As seen on Late Night with Seth Meyers and The Late Show with Stephen Colbert.

JAKE SCHICK is a comedian who was recently seen performing in the Little Island Festival. Jake works on material in clubs and theaters throughout New York, and their sketches have been featured in the Lit Laughs Fest. Recently, Jake told stories for the MOTH at the Bell House and was selected for the PIT Solocom Festival.