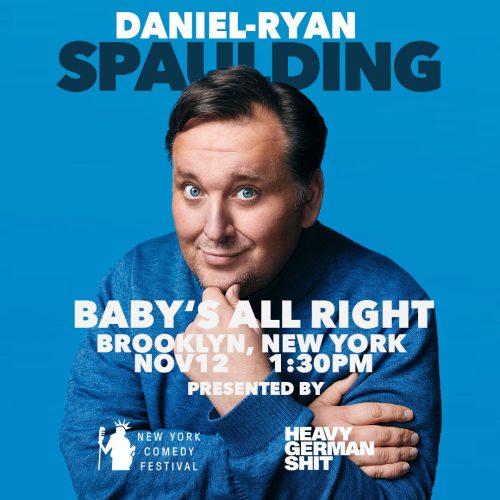 Daniel-Ryan Spaulding is a Berlin-based, world-traveling comedian. Seen in over 50 countries, he has established himself at the forefront of the global comedy circuit. Described as “brilliantly subversive,” his comedy explores culture, identity, sexuality, stereotypes & personal confession.

Born and raised in Canada, Daniel has lived in Europe for the last decade, where his youtube series “It’s Berlin!” has made him a European celebrity as well as a regular guest on the biggest German late night show “ZDF Magazin Royale”. He performs his solo shows to sold-out crowds across Europe’s major cities including London, Amsterdam, Berlin, Paris and even Tel Aviv as well as at major European comedy festivals such as the Edinburgh Fringe. From extensively touring his one-man show in Asia, to club gigs in South Africa and notably as one of the first openly-gay comedians to tour throughout Eastern Europe, there is no audience this road-warrior can’t handle!