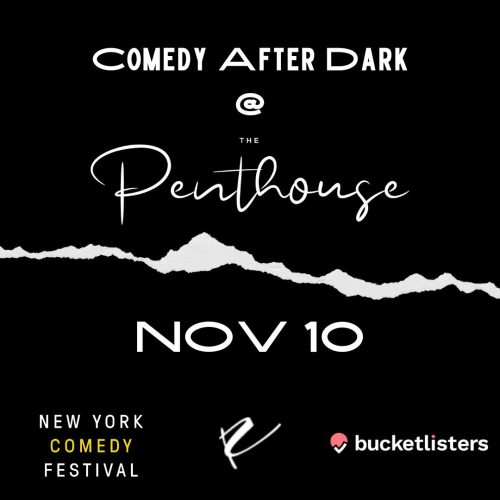 Comedy After Dark at the Penthouse

New and old comedy fans are treated to this stellar lineup!

– Host: Josh Johnson: Featured on the Tonight Show, and currently a writer on the Daily Show with Trevor Noah.  Josh has appeared on CONAN, Comedy Central with a half-hour special, and Netflix as part of The Comedy Lineup.

– Daniel Simonsen: Simonsen has won and been nominated for awards both in Norway and the United Kingdom including the 2012 Foster’s Edinburgh Comedy Award winner for Best Newcomer, Best Comedian at Comedy Fight Club, and the So You Think You” re Funny competition.

– Ian Lara: His special was featured on Comedy Central and his HBO Comedy Special “Romantic Comedy” comes out November 11th, he also made an appearance on the first season of “NBC’s Bring the Funny” and made his late-night debut on Tonight Show with Jimmy Fallon.

– Daphnique Springs: Winner of the American Black Film Festival in 2016, Daphnique has toured with Katt Williams, and Cedric, and has gained an immense social media following. Featured on How I Met Your Mother, Jimmy Kimmel Live, The Comedy Get Down, and more.