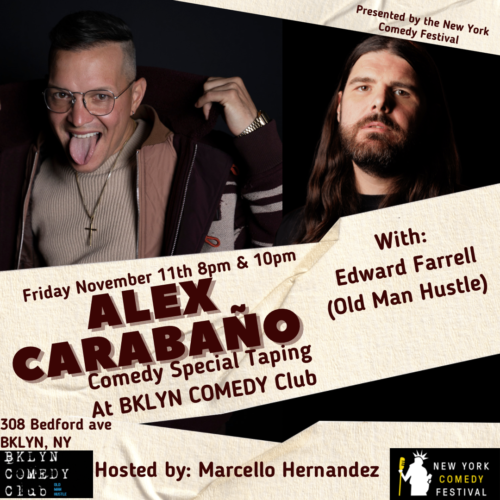 Stand up comedian, Alex Carabaño, was born in Brooklyn of Colombian descent. He won a national comedy competition for English-speaking Latin-X performers via HBO. Some of his stand up is currently streaming off HBOmax making him one of the hottest rising stars on the scene today! By day, he owns the popular NYC Latin vegan eatery “VSPOT” which he also jokes about in his act.